Posted on October 24, 2016 by bonnicilawgroup 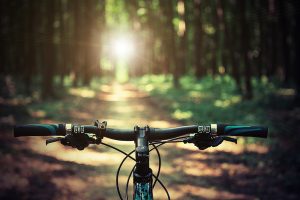 Many already know how technology can distract drivers and create dangerous situations on the road, but is it possible that technical innovations will also help to improve bicycle safety? A team of commercial designers say yes, as they work to build an augmented reality helmet that might save lives.

What is Augmented Reality?

The idea of augmented reality is that virtual images are overlaid on the user’s vision. As opposed to virtual reality, which creates complete alternatives to real life, augmented reality simply makes a few additions to what we are already seeing. Perhaps the most famous example of this technology is Pokémon Go, the popular video game where users can interact with cartoon characters in the real world. Augmented reality technology has also been used in fields such as construction and defense.

How Could this Technology Improve Bicycle Safety?

The new helmet would use augmented reality to give riders a full 360-degree view of their surroundings. This would give cyclists an improved version of the advantages that drivers get from their rearview mirrors. Additionally, sensors in the device could detect a potential bicycle accident, and provide a warning sign in time for the rider to avoid danger. This would be like a cyclist’s equivalent to some of the driver’s assistance systems that are becoming common in cars.

The plan is for all the electronics in this device to fit comfortably inside the standard bicycle helmet. This would allow riders to access the safety features without sacrificing the benefits or comfort of their current helmets.

The technology is functional, but still in the early phases. It may be a long while before we see these helmets at the local bike store. By the time the technology is ready, let’s hope it succeeds in keeping cyclists safer on the road.

Bonnici Law Group is a San Diego bicycle accident attorney who advocates for victims of cycling accidents, car crashes and other forms of personal injury.