Posted on January 4, 2016 by bonnicilawgroup 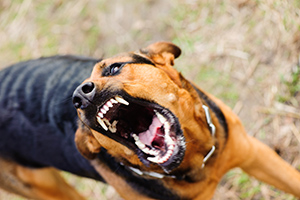 Police arrived on the scene of a disturbance call in Chula Vista to find an 83-year-old woman dead in her back yard after an apparent dog attack. The woman, who was reportedly battling cancer, sustained multiple puncture wounds from dog bites on her hands and feet.

When authorities got there, the two dogs had moved from the backyard into the house and were still fighting. The woman’s poodle mix was severely injured by the neighbor’s boxer, and was transported to an animal hospital after police broke up the dogs.

The woman’s daughter told 10News that her mother likely had a heart attack due to the trauma of the dog attack. Trying to save her dog’s life may have cost this woman’s mother her own.

Neighbors in the area say the boxer’s owners just recently moved into the neighborhood, adding that their dogs have been a nuisance ever since. “They weren’t dogs you would want to pet. They were vicious,” said one neighbor.

An autopsy and a police statement later confirmed that the woman had died of heart attack and that the dog bites had been a contributing factor.

The owner of the boxer could very well be facing a wrongful death lawsuit.

California is a strict liability state, meaning the dog bite law holds the owner of an attacking dog completely responsible for any bites, assuming the victim was not provoking the dog or trespassing.

Dog bites can cause very serious injury or death. Owners are required to ensure the safety of those around them if they believe that their dog could potentially cause bodily harm to another person. To not do so could constitute owner negligence.