What Can I Do If City Employees Are Negligent?

Posted on February 12, 2014 by bonnicilawgroup

It is easy to determine liability in a simple car accident, because the negligent party is at fault and responsible for the injuries of the other party. However, the situation is more complex when the negligent party is a part of the municipal emergency crew at the scene to help injured victims. Recently, a Chula Vista firefighter from station four was arrested by a California Highway Patrol (CHP) officer in the midst of an emergency situation. 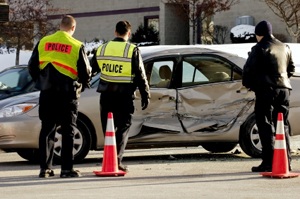 According to Channel 8 Local San Diego, who was present at the scene of the crime and recorded the arrest, a white Honda Civic flipped upside down on Interstate Highway 805 northbound between Telegraph Canyon Road and East Orange Avenue. Chula Vista station four firefighters promptly arrived at the scene of the accident, parking their fire truck such that it blocked a lane of traffic.

I Need A San Diego Lawyer Who Specializes In Car Accidents

There is no simple route to identifying the liable party in a situation like this, so it is best to contact an experienced car accident attorney to help guide you through the complicated legal proceedings. Our San Diego car accident attorneys will bring justice to those responsible for your injuries regardless of what government institution they are a part of. Our legal team will go above and beyond in the courtroom to recover the full compensation that you deserve for the emotional, physical and financial hardships incurred by the incident. For more information, contact us. To schedule a free consultation, call our firm at (858) 261-5454.

[Did You Know: According to California’s Office of Traffic Safety, only 77 percent of DUI arrests result in a conviction.]