Why Bike-Shares May be Safer than Riding Your Own 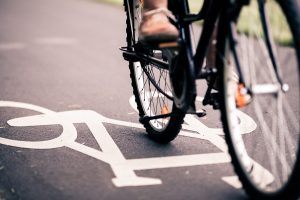 A recent study by California’s Mineta Transportation Institute suggests that bike-shares are safer than riding your own bicycle. The study considered multiple bike-share programs in different cities and compared them against the national numbers for bicycle accidents in the country. It turns out that bike-shares are much, much safer.

On average, cyclists in the U.S. have 1,461 injuries for every 100 million trips. Of these injuries, 21 are fatal. Compare this to bike-share programs, which have only 39 injuries per 100 million rides. The numbers are even more impressive for the number of fatal accidents. Bike-share programs existed for years before they had their first and only fatality in the summer of 2016.

Why are Bike-Share Bikes Safer?

First of all, not all of the differences in the numbers come from greater safety. Part of the difference between bike-share numbers and national numbers is that many bicycle accidents involve children, and bike-share programs only include adults. Even considering for this difference, however, the bike-share bikes are much safer. Most attribute this to some of the safety features these programs have in place. Here are just a few of these safety precautions:

These features may not be ideal for competitive cyclists, but they seem to make a big difference in terms of safety. It might be smart for parents and riders to take similar measures to make their own bicycles safe. Hopefully, these numbers can help teach us ways to make our streets safer for all cyclists.

Frederick M. Dudek is a San Diego personal injury attorney and cycling enthusiast. He fights to empower victims of bicycle accidents and other forms of injury.