Posted on August 28, 2018 by bonnicilawgroup 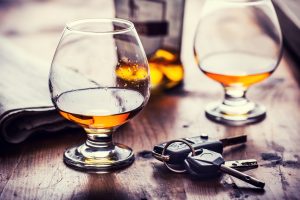 Ridesharing services offer a safe alternative to drinking and driving. This is one way you can make sure your loved ones and friends make it home safely after a night out on the town. But this is always not the case. A previous law allowed rideshare drivers to ferry passengers with a blood alcohol level of 0.08, the same as most drivers. A new California law requires that rideshare drivers cannot have a blood alcohol level of greater than 0.04. These are the same laws that affect drivers of passenger shuttles, such as city buses.

This law comes into effect after a California Public Utilities Commission (CPUC) report showed that between 2014 and 2015, there were 2,000 instances where rideshare customers complained that their drivers may have been intoxicated. In these cases, Uber only deactivated 574 driver accounts, more than 25% percent.

CPUC concludes that though Uber and other ridesharing companies are doing what they can to prevent drivers working under the influence, these companies are not acting quickly enough. The report shows that only 22 accounts were suspended within an hour of being filed out of the 154 total complaints.

The California Department of Motor Vehicles, in a statement to the public, declared that they will begin to take action against rideshare drivers reportedly under the influence of drugs or alcohol. The state DMV will begin this action by holding rideshare drivers to a higher standard when driving passengers. Any conviction added to a driver’s record will result in his or her license being suspended.

Questions About a Car Accident?

You should speak to an attorney if you or a loved one suffered injuries in any type of accident. The same is true if you lost a loved one to a motor vehicle crash. San Diego personal injury lawyer Bonnici Law Group can help you determine whether it would be possible to seek compensation. You can reach Bonnici Law Group, APC by calling (858) 261-5454 or by using our online case review form.