How San Diego Is Making it Safer For Cyclists 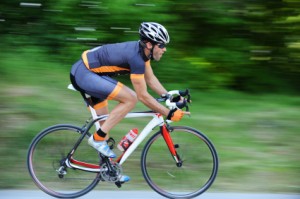 The City Council of San Diego voted on plans to make the city safer for cyclists. The City Council’s Environment Committee voted this past Thursday on a new implementation plan. This plan will amend the current Bike Master Plan, which was adopted in 2013. The 2013 Bike Master Plan is a strategic implementation plan that promotes bicycle safety, policy, and infrastructure. The new implementation, proposed to city council by the Bicycle Advisory Committee, will cost upwards of $300 million. The new master plan addresses more bicycle related needs such as bicycle roadways, education and other programs that help to improve the San Diego bicycle community overall.

What The Plan Says

The following objectives are some of the ways in which the Bicycle Advisory Committee proposed to improve the San Diego bicycle community:

These are only some of the objectives that the plan addresses. The plan also advocates for tracking program effectiveness and program implementation status. One of the most vital objectives is the proposed “Vision Zero.” This program will enhance rider safety by adding enforcements and improving bike lanes and other infrastructure in high fatality areas. The major goal of “Vision Zero” is to eliminate local bicycle-related deaths by 2025. The new master plan is a step forward in making San Diego an even more bicycle friendly city.

Questions About A Bicycle Accident?

If you have questions about your rights after a bicycle accident, then you can speak to San Diego bicycle accident attorney Frederick M. Dudek during a free consultation.