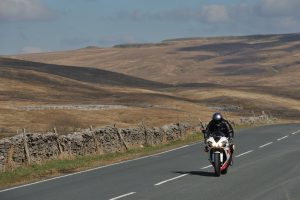 Prince Michael Jackson, oldest son of the late music legend Michael Jackson and Debbie Rowe, was recently hospitalized following a motorcycle crash in Los Angeles. According to TMZ, Jackson was riding his bike on wet pavement when he lost control of the bike. He wiped out and was injured badly enough to require an ambulance to transport him to the hospital. While inside the ambulance, he posted a photo on Instagram of his feet riding on a gurney.

Jackson did not break any bones and was able to travel to classes not long after the accident.

Here is a list of some of the most common causes of motorcycle accidents in California.

If you have suffered injury as a result of a motorcycle accident in California, it is possible that your accident was caused by the negligence of another party. All too often, drivers fail to notice motorcyclists or act in ways that directly endanger the health and well-being of motorcyclists. Our law firm is highly experienced in helping victims of motorcycle accidents fight for damages to cover medical costs, pain and suffering, lost wages and more.