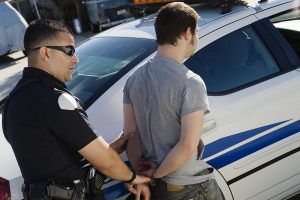 When it comes to driving under the influence (DUI) laws in California, personal definitions of “buzzed” driving can vary, depending on the individual.  Recreational marijuana use became legal for adults over age 21 recently, but there’s still a grey area on how police will identify and test drivers for suspected marijuana use violations.

The American Journal of Public Health studied motor vehicle crashes in the states of Washington and Colorado, both before and after these states legalized marijuana. Released in July 2017, based on the study’s results, researchers discovered that changes in fatality and crash rates were not “significantly different” from states that did not alter their marijuana laws based on similar traffic, roadway and population characteristics.

Opponents of legal cannabis have argued that passing those laws will lead to more traffic accidents and fatalities. Reports from the Centers for Disease Control and Prevention (CDC) indicate that marijuana use may negatively impact several skills needed for safe driving. But, the CDC also stated that it’s “unclear whether marijuana use actually increases the risk of car crashes.”

If It’s Not Safe to Drive, Don’t Get Behind the Wheel

It doesn’t take a study to prove that if a driver consumes alcohol and then gets behind the wheel, the risk of being in a motor vehicle accident will increase. According to federal data from tests performed in 2016, the National Highway Traffic Safety Administration (NHTSA) showed that 44 percent of drivers fatally injured in motor vehicle accidents tested positive for drugs.  That’s up from 28 percent a decade earlier. In addition, these studies showed that 38 percent of those who tested positive had used marijuana and 16 percent had used some form of opioid. An additional 4 percent tested positive for a combination of both.

Currently, there is no official field test for being under the influence of marijuana. If pulled over under the suspicion of drugged driving, police likely will gage physical conditions associated with drug use, such as dilated pupils and an elevated pulse rate. A blood test might be used to charge a driver with a marijuana DUI.

More and more officers are designated experts in “drug recognition” and are trained to conduct a 12-step field sobriety test specifically designed for drug use. This test differs from a standard alcohol consumption field sobriety test. According to California law, smoking, ingesting, possessing marijuana and related products while driving or riding as a passenger in a vehicle is prohibited.