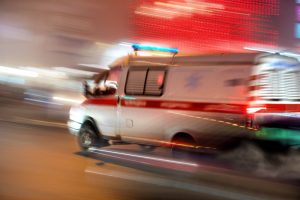 Autonomous vehicles have been touted as a technological breakthrough that could significantly decrease the number of accidents each year. While this belief may one day come true, a recent pedestrian accident shows that self-driving technology is still far from perfect. Recently, a self-driving Uber vehicle struck and killed a 49-year-old woman who was walking her bicycle across the street in Tempe, Arizona. Friends of the deceased woman said she struggled with homelessness and was on the path to putting her life back together.

The Volvo XC90 SUV, which was in self-driving mode with an operator sitting in the driver’s seat, was being test driven at 40 miles per hour when it struck the woman. Uber announced it is pulling its test fleet of self-driving cars in light of the accident.

The Uber vehicle involved in the accident had exterior and interior cameras. Video footage recorded by these cameras was released last week. In the video, you can see the woman crossing the street down a partially lit road. The video also shows the operator was looking down for four or five seconds when the impact occurred. It is the operator’s job to take control of the vehicle if necessary. This is an important development because it shows the operator may have been distracted when the accident occurred.

Several experts have weighed in on this accident. A University of South Carolina law professor who studies self-driving technology told The Associated Press that the LIDAR system should have detected the woman and stopped the vehicle. LIDAR, which stands for “light detection and ranging”, is a technology that measures the distance to a target (such as a person). Self-driving vehicles like the one operated by Uber also utilize a number of backup systems to avoid accidents.

What Do You Think About Self-Driving Cars?

Multiple automakers and technology companies are investing billions of dollars in self-driving technology. Self-driving vehicles are being tested in states across the country, including here in California. The recent accident in Arizona has sparked a national debate on whether this technology can be safely tested on our roads. What do you think about self-driving technology? Let us now by connecting with our San Diego personal injury law firm on Facebook and Twitter.