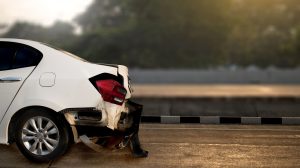 Last month, an engineer at Apple died after his Tesla Model X crashed into a median on Highway 101. Before the crash, the engineer told family members that the vehicle’s Autopilot system suffered from issues. According to the engineer’s brother, Autopilot had tried to steer the vehicle into the same barrier where the crash occurred on multiple occasions. The engineer reportedly took the Model X to a dealership to determine if anything was wrong with the vehicle.

The National Transportation Safety Board (NTSB) is investigating the crash. One of the biggest questions about the crash was whether Autopilot was on before the collision. Thanks to Tesla, we now have an answer. Tesla recently announced that Autopilot was on at the time of the crash. NTSB investigators told the Washington Post they were unhappy with Tesla’s decision to release this information.

Autopilot Investigated for Other Crashes

Autopilot is a feature that allows Tesla vehicles to operate semi-autonomously. The system can automatically brake, create a following distance, change lanes and maintain lane position. However, Autopilot was blamed in several recent crashes.

In Los Angeles, a man who crashed into the back of a fire truck claimed his Tesla vehicle was using Autopilot. The NTSB is also investigating this crash, which occurred in January. A former Navy SEAL died in 2016 after his Tesla Model S crashed underneath a tractor-trailer. The National Highway Traffic Safety Administration (NHTSA) cleared Autopilot in the investigation. However, the NTSB’s investigation found that Autopilot was designed in a way that permits an overreliance on the feature.

Tesla is defending Autopilot, but recent crashes and investigations have hurt the feature’s reputation. There have also been recent crashes involving other autonomous vehicles that call the safety of current self-driving technology into question.