Why Do Some Places Ban Kids from Riding a Bike to School? 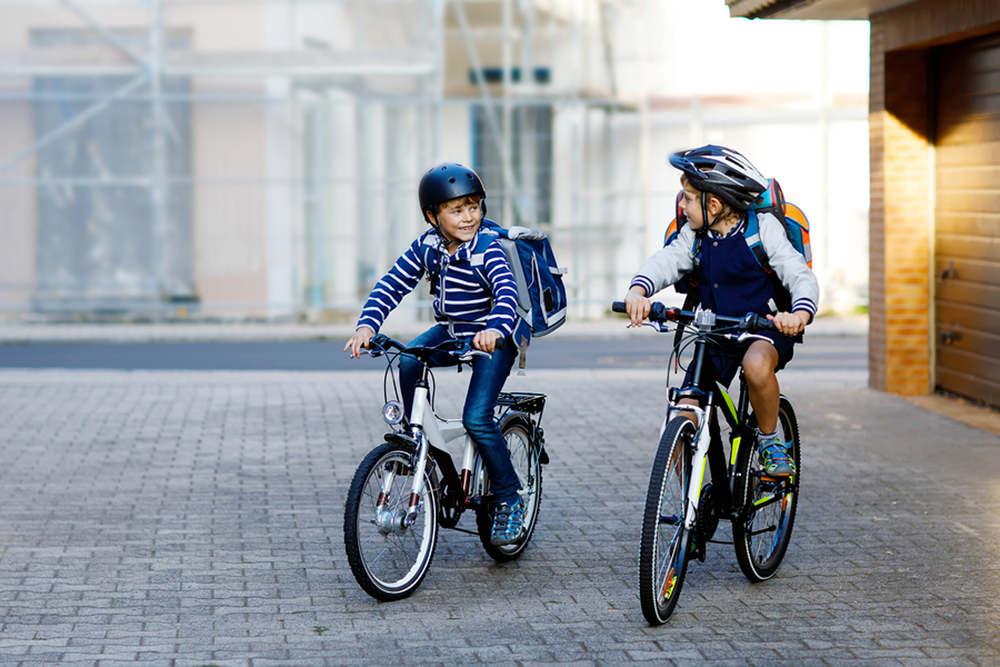 Last week marked one of our favorites of the 52 with Bike to Work Week. Not long ago, our kids had a similarly special day in Bike to School Day. While many enjoyed the benefits of riding a bike to school that day, some were left out.

In many communities, riding a bike to school is strictly banned. That will likely come as a shock to us adults who lived in a time when nearly half of us would ride a bike to class every morning. In 1969, 48 percent of kids aged 5 to 14 rode a bike to school. Now, that number is less than 13 percent.

This Footloose attitude towards cycling has robbed thousands of children across the nation of some awesome benefits. Improved fitness, independence and even boosted academic performance are just a few of the many benefits children get from riding a bike to school.

Why Is Cycling to School Banned?

So, if there are so many benefits, why is riding a bike banned in some areas? The answer is that most city officials don’t know.

Some reasons include safety and liability issues, but these issues are often exaggerated. There are far more dangerous modes of transportation for young children. For example, a Transportation Research Board Special Report noted that of the 152,000 children hurt during school hours in the U.S. each year, more than 80 percent of injuries happened because of teen driving accidents. However, nobody is prohibiting teens from driving.

The truth is that the rules banning kids from riding to school were likely implemented as a knee-jerk response to a specific event that has since been forgotten by most.

Fortunately, that’s why it is usually pretty easy to get the ban overturned. Many parents and city officials have found overturning these bans as easy as asking the question, “Why did we ban this?” Since most don’t know the answer, and many can remember riding to school themselves, it doesn’t normally take long at all to get kids out on their bikes again.

Instead of simply banning cycling, city officials should work harder to make cycling safer for everyone out there. If your community has a ban, or is generally unfriendly toward cycling, start encouraging education and change.

Much of the time, people are just scared of cyclists because they don’t want to be involved in a bicycle accident. With some bike safety education and advocacy, we can all enjoy the many benefits of cycling.